The Frantz Family compiled by Bernice Eller compiled prior to 1987

Letter from Lorraine to Evelyn Rosemary Frantz, and others, dated Thanksgiving 1988

Letter from Alfred A. Mueller with my other correspondence dated early 1987

Correspondence with Harlan J. Brooks Jun & Aug 1991  A search of Ancestry.com did not reveal Frantz ancestry (but many collateral lines surnames). However, his wife, Ruth Elizabeth Forney (1896-1989) has Frantz ancestry and Lorraine Frantz Edwards is a fourth cousin one time removed. The Forney, and Brooks, family is well represented in the LaVerne Evergreen Cemetery Tombstone Inscriptions book researched and published by Lorraine Frantz Edwards (1989). ~~ There’s a “cousin” relationship between Harlan Jesse Brooks and Myra Alice Brooks Welch but LFE stopped searching (after a couple of hours). Myra Brooks Welch wrote the beautiful poem The Touch of the Master’s Hand. ~~ Harlan Brooks’ death

Correspondence in response to story in Mennonite Family History Jan 1994

Letters to and from L.L. McIntire dated 1994

Letter from and to Carol Schmalenberger dated Feb and Mar 1995

Letter from and to Paul Frantz dated Jan 1996

From and to Mary Mason dated March 1996

From and to Carol Boyer dated Apr 1996

Correspondence from and to Lawrence Crist Sep 1996 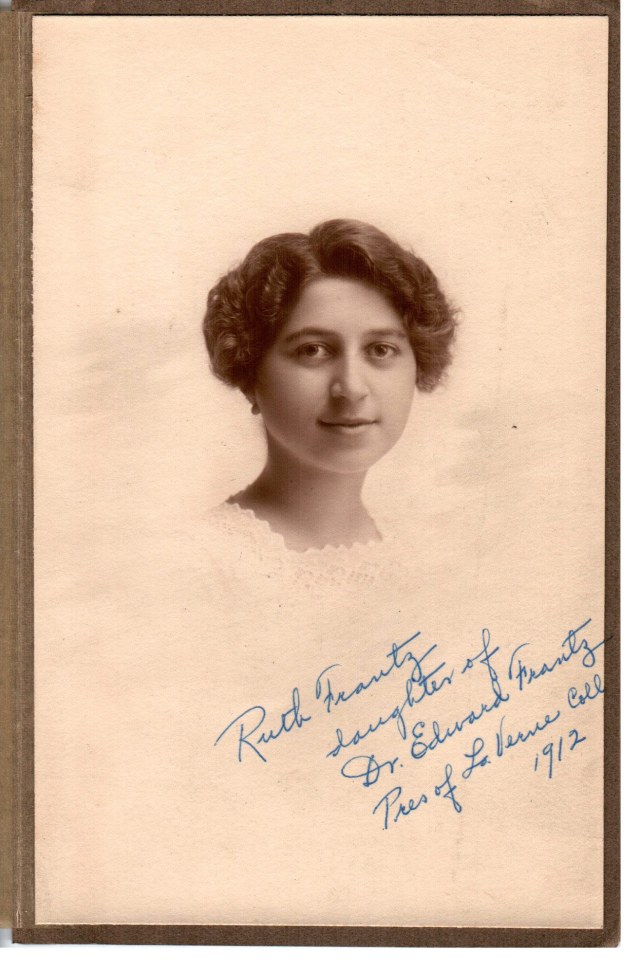 Letter from and to Kris Kerlin dated Oct 1998