Prior to 1987, Lorraine Frantz Edwards knew very little about her ancestry. She sent letters to individuals with the Frantz surname (folks listed in The Complete Registry of the Frantzes in America). One gentleman, Loren D. Frantz (Harrisburg, PA 17112), responded (received 11 Jun 1987). Later, Milton E. Frantz, Lebanon, PA , responded to her 6 Aug 1987 letter advising her of a private publication by his sister (Hazel), his brother (Elvin), and sister-in-law (Rachel). He suggested a letter to his sister, Hazel Frantz Turner. Simultaneously, a large manila envelope arrived in the mail and it contained Michael Frantz Descendants. He must have written, or phoned, his sister advising interest and she, in turn, put a copy in the mail. The following three links are the foundation for the eventual publication of (hard copy) Frantz Families–Kith & Kin. ~~ Remembering Hazel Mae Frantz Turner (1925-2001).

A wealth of information followed as Hazel and Lorraine corresponded (for many years). The visitor to this section of the digitized library may not want to wade through all the following correspondence. On-the-other-hand, there may be vital information for a descendant of David Frantz (ca1766–ca1815), son of Michael Frantz (1725-1808) and Magdalena Zug. 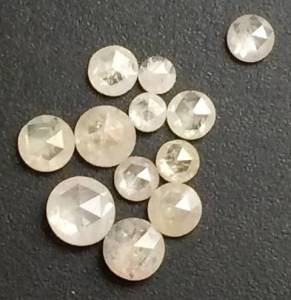 Correspondence to and from Milton E. Frantz dated August 1987

Letter from Rachel Frantz without a date but presumed August 1987

Correspondence to and from Caleb Frantz dated 1988

Charts from Hazel stored with 1990 information

Correspondence from and to Hazel Frantz Turner dated March 1996